Have you ever been ticketed by the “Inappropriate police?”

They are the voices of people who always know better, lack tolerance, and in some cases look down their disapproving noses as they pronounce you inappropriate. 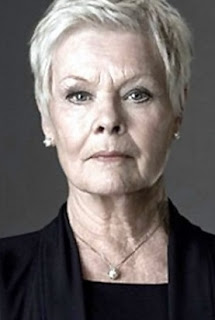 Just the sound of the word sounds so proper and somehow … British.

What drives a person to set the rules for all people? When did God appoint them police of all that is unsuitable?

As a recovering minister’s wife, I have felt the receiving end of many a stinging censorious barb. I absorbed it, usually with indigestion, and put on a smile and never let them see me sweat.

I have a potent deodorant.

However...I draw the line if the aim is at another person.

When another soul is scourged by the very people who are suppose to be lovingly supporting, accepting, and being a role model to them, then its time to roll up my sleeves and say something.

Sticks and stones break some bones but words can injure, assault, and kill with their intent.

Those who put down others should be taken to the shed of enlightenment.

My first few years as a spouse of one in the ministry revealed a life lesson that no matter how hard you try you can’t please everyone and you can’t be perfect. Even if you were perfect … you could not pass the test of the Inappropriate Police.


Their rules are harsh and unbending.

They come in all shapes, sizes, cultures, religions, including the non-religion folks.

You may have a touch of it yourself. You may think stuff, and hopefully, never say it aloud. We all come across people we disapprove of but the test is how we treat them.

One example I have experienced.... the appropriateness of dating after being widowed. There are widely debated rules for both men and ladies.....apparently.

When is it appropriate to show up at the widow man’s door with steamy casseroles? I know of women who begin the hunt the day after the deceased wife’s funeral.

My not my grandmother...she began her plan during the wake of her future third husband’s wife. Too soon?

Women can target a grieving husband and we all smile at the humor of it, but let a woman start dating a short time after her husband is buried and a few higher and mightier folks get all pious in ‘Thou shalt not’ mode.

One of the most spiritual and Godly women I have ever had the privilege knowing waited years the first time she was widowed, and the second time a few months. She was concerned she would be judged.

Time is our enemy. If our relationship ends with a satisfied closure which death can be, then it is healthy for one to open their heart. No one should reject the opportunity for companionship because of a calendar.

For the record, I failed to wear black after the funeral of my husband, and I made a conscious decision that life was way too short and I was going to live the rest of mine. I opened myself to finding the new me, finding love, and finding more of God’s blessings.

So, critics abound. They judge and say harsh things all in the defense of being the inappropriate police.

Church has the best folks in the world and then, it has some of the most critical. We should always remember, not everyone who goes to church is a true church member.

Once in choir practice a choir lady called out a woman for wearing cullotes to practice, that is the blend of shorts and skirt. As the woman had only recently joined the choir, the choir lady’s denouncement of her attire was deeply wounding.

We all have heard tells of church police who tag youth with the stinging retort of their inappropriate attire; thereby wishing them to be clothed suitably but lost eternally.

Some rules are man’s creation, and for the critical Christians, Jesus never attacked anyone for their sin, improper attire, only for their judgmental attitude. He ate with sinners, declined throwing stones, and accepted the worse of humanity with open arms. His only fit was against those making profit on the church grounds.

Righteous folks attach their anger, their disapproval of sin to the sinner. 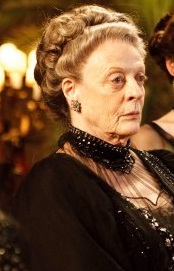 If someone lives a lifestyle that is different from what our moral plan calls for then we end up attaching our disgust for the sin to the person. For example, listen to a perfectly sweet Christian lady speak and watch as she transforms when you mention anything about a homosexual. The look, the arch of the head into disapproval mode, and the lack of tolerance all click into place....obvious to the person who is being judged and not loved.

This pain of rejection is almost like collective bullying, sending many into the pits of despair and suicide... when our love and acceptance of them as a person could have changed lives for the better.

The snarly look of disgust reminds me of the look some white people use to get when you mentioned something about the black culture. Same reaction, same look, same prejudice.

If you ask me, it is inappropriate to hate.

It is easy for some to live their life clean of poor choices, set themselves better because of it, but the truth be told, it takes someone of a bigger heart, a bigger faith to speak words of encouragement, acknowledgment and understanding than all the years a person has gone without messing up.

It is also appropriate for life to go on after a loss of a partner. It is not for anyone to condemn someone’s way of grief. It is not right to make snap judgments about someone’s character because they open their heart to love again not on an approved schedule of others opinions.

It should be about feeling joy that someone is not alone and hurting; that life goes on.

Yet, the inappropriate police will relish the taste of condemning a person for what they feel is an unsuitable behavior.


I declare that these Inappropriate Police are highly INAPPROPRIATE.
Each day is a gift. Live and love. Even if it’s the day after you bury a loved one. There is no guarantee that you will have another day.

No one is perfect and forgiveness is very appropriate.