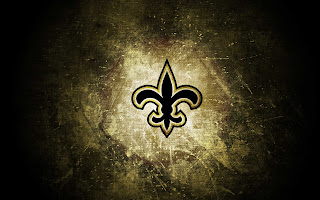 From Wikipedia, the free encyclopedia
The Saints- Falcons rivalry is a divisional rivalry in the NFC South of the National Football League. The series is by far the oldest and most established rivalry in the division. Born one year apart, the Saints and Falcons were the first two NFL franchises in the Deep South (Washington, Dallas and Miami being arguably southern but not in the "traditional" Deep South). They have shared some important players, such as kicker Morten Andersen (the leading scorer in New Orleans history), Bobby Hebert (who quarterbacked for both teams in the 1990s), and Joe Horn (the Pro Bowl Saints receiver who left for the Falcons in 2007). They have also drawn coaches from the same families, and even shared a head coach: recent Falcons coach Jim L. Mora is the son of longtime Saints coach Jim E. Mora, and former Falcons and Saints coach Wade Phillips is the son of former Saints coach Bum Phillips.
The series was rarely noted by the national media during the teams' first decades of existence, probably due to both teams' long stretches of futility. However, the September 2006 match-up, which served as the Louisiana Superdome's official reopening after Hurricane Katrina, was heralded as a major milestone in New Orleans' and the Gulf Coast's recovery from the effects of the storm as well as the Saints' return to the city after their own year-long exile after the storm; the Saints later erected a statue outside the Superdome to commemorate their win in that game.
The late season match-ups in the 2010 and 2011 seasons held playoff implications for both teams. Games between the Falcons and Saints have riveted their respective regions for more than 40 years; fans of both teams consider the other their most important and hated opponent. ESPN.com writer Len Pasquarelli has cited the rivalry as one of the best in sports: "Every year, bus caravans loaded with rowdy (and usually very inebriated) fans make the seven-hour trip between the two cities. Unless you've attended a Falcons-Saints debauchery-filled afternoon, you'll just have to take my word for how much fun it really can be."[1]
Atlanta currently leads the all-time series 51-45 (50-45 regular season, 1-0 playoffs). Each team has appeared in one Super Bowl, the Saints winning Super Bowl XLIV while the Falcons lost in Super Bowl XXXIII.
It began in 1967, the first year of play for the Saints, and press accounts from that game, including the Rome (Ga.) News-Tribune and Los Angeles Times, referred to it as the "Dixie Championship." In recent years, the game has sometimes been referred to as the "Southern Showdown." This has especially been the case leading up to the first of the two 2011 games, by WWL radio in New Orleans.